Theresa May was in Derby this week talking about post-18 education, as a review into the current system starts.

This review is going to look at funding for both further and higher education and the current fees for these courses. May has been talking about the aim of social mobility – where people from all backgrounds in society would be able to have equal opportunities to succeed in education and future employment. The current system of variable tuition fees was created by the coalition government around 6 years ago and it was supposed to result in a competitive market, where universities competed for students depending on the quality and length of the course, and the subsequent fees charged. This has not happened, and instead all but a few universities charge the maximum fees allowed for their undergraduate courses.

The Prime Minister and the education secretary had appeared to suggest a differentiation in the fees charged for ‘arts’ courses vs ‘science’ courses – an idea based on the average graduate earnings from the courses, with arts graduates usually earning less than those with a degree in the sciences. The idea here seems to be that the financial investment to complete a university course should reflect the average monetary gain in salary after graduating. The current education secretary, Damian Hinds, has acknowledged that it’s not as simple as just differentiating between areas of study; saying that instead there needs a be a re-think of the whole funding system. He said that there are other factors to consider, such as the cost of putting on the course, and the amount of financial return to the economy, not just the individual.

The former education secretary Justine Greening disagrees with the suggestion of differentiating in fees between arts and science courses – expressing the concern that this would result in those from disadvantaged backgrounds being unable to, or feeling unable to, complete the more expensive courses as a result of the debt this would lead to. Because of this there is a concern more people from disadvantaged backgrounds could end up choosing the cheaper arts courses, that lead to (on average) lower paid graduate jobs. This would lead to further embedding of the poverty faced by these students in the first place, rather than increasing social mobility. This is an argument also supported by Labour’s education secretary. In addition to the personal level of poverty that could be further embedded by such a system, the lower fees paid would also lead to less funding for the universities to pay for teaching resources, and therefore a poorer education experience for these students. 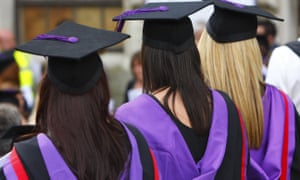 Minister and her education secretary in Derby today, where it was recognised that increasing social mobility is very important for young people but also for society as a whole and the workforce of the future. May recognised that access to university for those from disadvantaged backgrounds is not made easier by the system that currently means those from poorer backgrounds leave with higher levels of debt than those from more privileged backgrounds. Some ministers have been arguing that the current system is working – evidenced by there being more students from disadvantaged backgrounds than ever before in higher education. This has left the Prime Minister in the tricky position of pointing out some of the flaws of the system which her government helped to put into place only a few years ago.

Theresa May’s speech didn’t just focus on academic university education; she said that people need to recognise the value of practical vocational training as well as academic study, and that people from all backgrounds should have access to all of the options. It is claimed that this is not currently the case as those from poorer backgrounds are less likely to go to university, and if they do they will end up with a high level of student debt, and those from wealthier backgrounds are unlikely to go into more practical vocational training as this is not valued as highly in society as university study. The current system therefore limits the opportunities of people from a range of backgrounds to reach their full potential in an area they have a passion for. By limiting the opportunities of those taking part in the current study options, society as a whole doesn’t benefit either – as many people do not achieve as highly as they may be capable of doing.

May says the review will focus on 4 main areas of investigation;

The review will aim to create a system that is flexible enough to allow those from all backgrounds the opportunity to succeed in getting the ‘education that suits them’. The Prime Minister spoke about the importance of students still contributing financially towards their own study costs, this is contrast to Labour’s Jeremy Corbyn who previously spoke about abandoning tuition fees altogether. It is argued by the Conservatives that scrapping tuition fees would lead to universities competing with public services such as the NHS for funding, as well as a cap being put on the number of places available.

The aim of the review seems to be to create a system that works for everyone in giving an opportunity to succeed. This would give more variety in the length of courses offered as well as the tuition fees payable for the course.